HIV Glossary (HIV A-Z ) is the easy sum up about terms used in HIV field that can be useful for you. 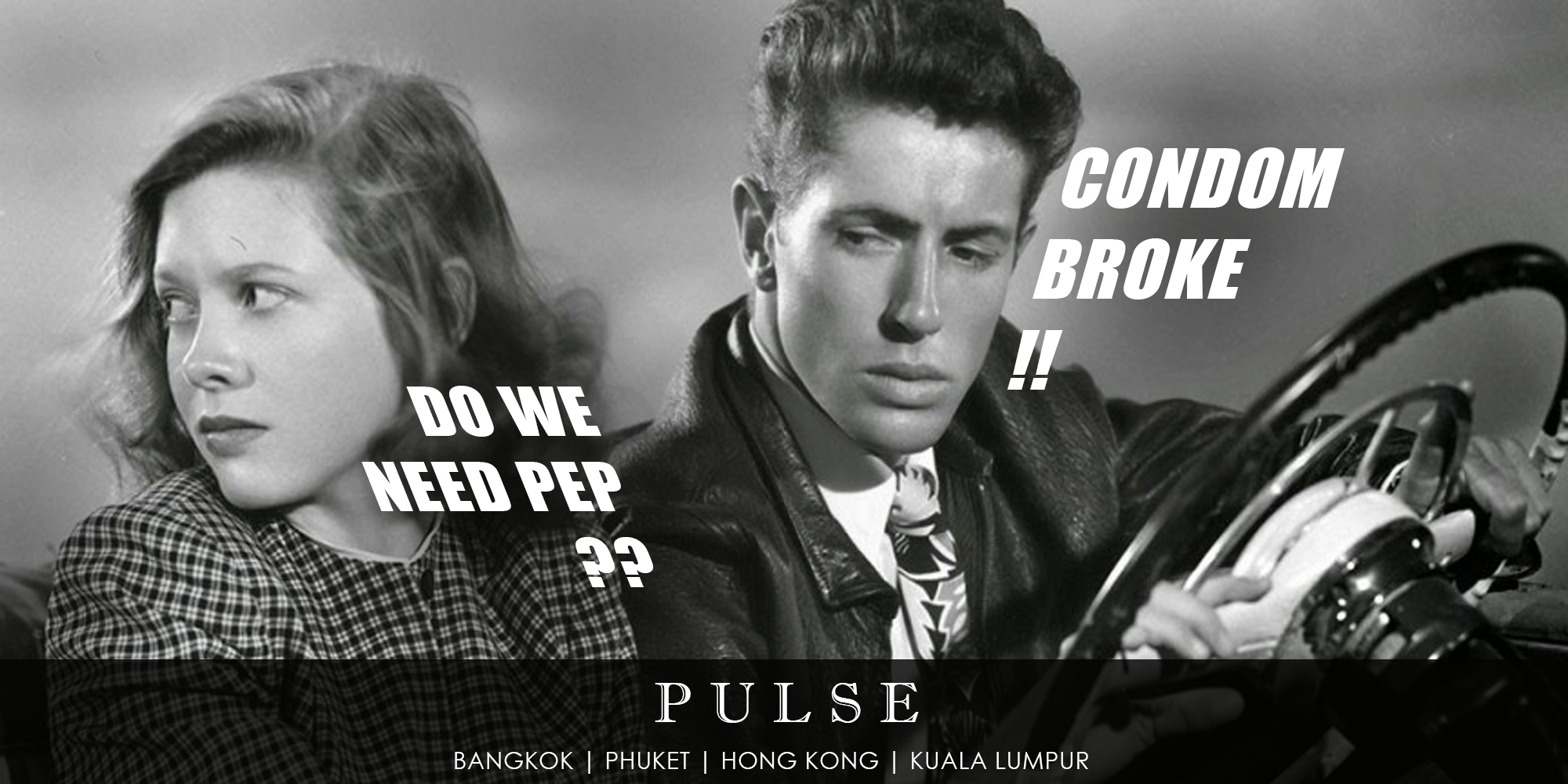 Adherence
Adherence means taking HIV treatment exactly as you are advised to by your healthcare professional (including what time of day, how often, with or without food, and so on). Poor adherence can lead to drug resistance which means your treatment will stop working. It’s particularly important to make sure you don’t run out of drugs, as a break in treatment is dangerous.

AIDS
AIDS stands for Acquired Immune Deficiency Syndrome and is a set of symptoms and illnesses that occur at the very final stage of HIV infection. It’s diagnosed when someone’s immune system is severely damaged, and can no longer fight off infections. AIDS and HIV are not the same.

AIDS COCKTAILS
A combination of treatments for HIV known as highly ART or ARV.

Antiretroviral drugs (ARVs)
ARVs are drugs used to treat HIV and stop it from replicating in the body. ARVs keep the virus at a low level in the body, strengthen the immune system, and reduce the likelihood of passing HIV on. Effective treatment can reduce the virus to undetectable levels.

Antiretroviral treatment (ART)
ART is the treatment for HIV – a combination of three or more antiretroviral drugs that target different stages of the HIV lifecycle.

Abstaining from sexual activity. People sometimes choose to become celibate after an HIV diagnosis in order to prevent the infection‘ s spread.

Circumcision
Circumcision is the removal of the foreskin from the penis.
Voluntary medical male circumcision (VMMC) reduces the risk of HIV for men who have sex with women by 60%. The World Health Organization and UNAIDS recommend VMMC as an HIV prevention tool in countries with a high HIV prevalence among the general population – mainly in East and Southern Africa.

Co-infection
Co-infection is when someone has more than one serious infection at the same time. For example, when a person with HIV also has tuberculosis (TB), they are said to have an HIV/TB co-infection. This can make treatment for both infections more difficult, but also more important.

Comorbidity
Comorbidity describes someone who has two or more diseases or health conditions at a time. For example, a person with HIV may also have high blood pressure.

Contraception
Contraception helps couples to avoid getting pregnant or plan when to get pregnant. There are many different types, including hormonal, long-acting reversible contraception and condoms.

Digital health
What PULSE does very well as a trailblazer in order to provide the highest standard affordable services discreetly and privately to PULSE clients.
Digital health also refers to the use of digital technologies to deliver or enhance health services and information.

Disclosure
When a person tells someone that they’re HIV-positive. Although the word 'disclosure' has been used for a long time, it is now preferable to use the words 'sharing' or 'telling'. This is because 'disclosing' can often reinforce stigmatising beliefs that a person has done something wrong if they are living with HIV.

Drug resistance
If someone with HIV doesn’t take their antiretroviral treatment properly, the drugs may become unable to control the virus, which can cause the treatment to stop working – this is called drug resistance. It’s also possible for someone who has developed a drug-resistant strain of HIV to pass it on.

Female condom (internal condom)
Something that is not sold at any pharmacy or 7-11.
A female (or internal) condom is a thin pouch that is worn inside the vagina or anus during sex. It works by forming a barrier to protect against sexually transmitted infections (STIs) including HIV, and unplanned pregnancy.

HIV
HIV stands for Human Immunodeficiency Virus. It attacks a person’s immune system cells, and if left untreated severely damages their immune system and their ability to fight off infections. HIV ≠ AIDS

HIV cure
There is no cure for HIV. However, antiretroviral treatment can control the virus, meaning that people with HIV can live long and healthy lives.

There isn’t a vaccine for HIV but a number of HIV vaccine trials show encouraging results.

Male condom (external condom)
A male (or external) condom is a thin piece of rubbery material that fits over a man’s penis during sex. It works by forming a barrier to protect against sexually transmitted infections (STIs) including HIV, and unplanned pregnancy.

PEP - Post-exposure Prophylaxis
PEP is short-term treatment that stops HIV spreading throughout the body. It must be taken within 72 hours of possible exposure to HIV, for example, after unprotected sex, to be effective.

PrEP - Pre-exposure Prophylaxis
PrEP, the sexual revolution, is a course of antiretroviral drugs that can prevent HIV infection. It’s for men and women who are HIV-negative but who may be at higher risk of HIV infection. For example, someone who has an HIV-positive partner, or is unable to negotiate condom use, or has regular sex without a condom may benefit from PrEP. When PrEP is adhered to exactly as prescribed, it eliminates the risk of HIV infection – but the risk increases significantly if doses are missed.

Self-testing
HIV self-testing allows you to take an HIV test in your own home or another private place. These kits are becoming more widely available and give a result in 15 to 20 minutes.

Serosorting
Making decisions about sexual activity based on a partner’s status.

Sexually transmitted diseases (STD)
Sexually transmitted disease: Any disease transmitted by sexual contact; caused by microorganisms that survive on the skin or mucus membranes of the genital area; or transmitted via semen, vaginal secretions, or blood during intercourse. Because the genital areas provide a moist, warm environment that is especially conducive to the proliferation of bacteria, viruses, and yeasts, a great many diseases can be transmitted this way. They include AIDS, Chlamydia, genital herpes, genital warts, gonorrhea, syphilis, and some forms of hepatitis. Also known as a morbus venereus or venereal disease.

Undetectable / virally suppressed
A person living with HIV is considered to have an ‘undetectable’ viral load – or to be virally suppressed – when antiretroviral treatment has reduced the virus in their body to such low levels that blood tests cannot detect it. Having an undetectable viral load means you can’t pass HIV onto others, and your health won’t be affected by the virus. It is essential to adhere to treatment and have your viral load monitored by a health professional to make sure it stays undetectable.

Viral load
A person’s viral load is the amount of HIV virus in their blood. It is measured by a simple blood test. It can tell you how well a person’s antiretroviral treatment is working.

Window period
The amount of time it takes after infection for the body to produce enough HIV antibodies to be detected on an HIV test, in order to get an accurate result. This is between 2 and 12 weeks depending on the type of test. 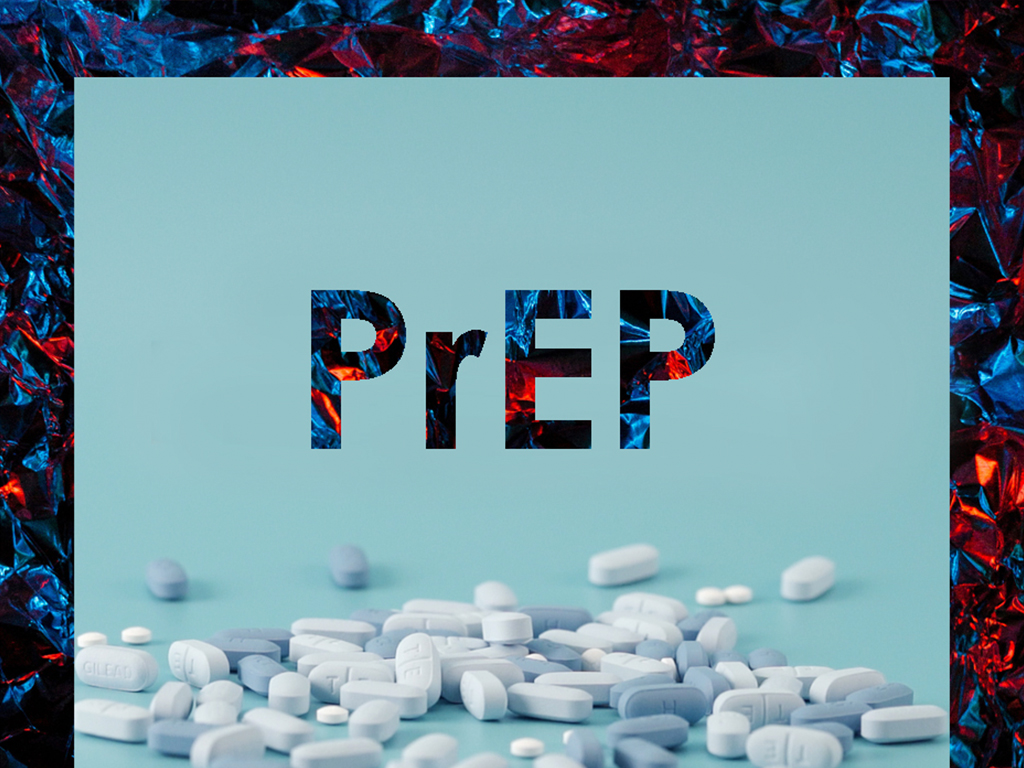 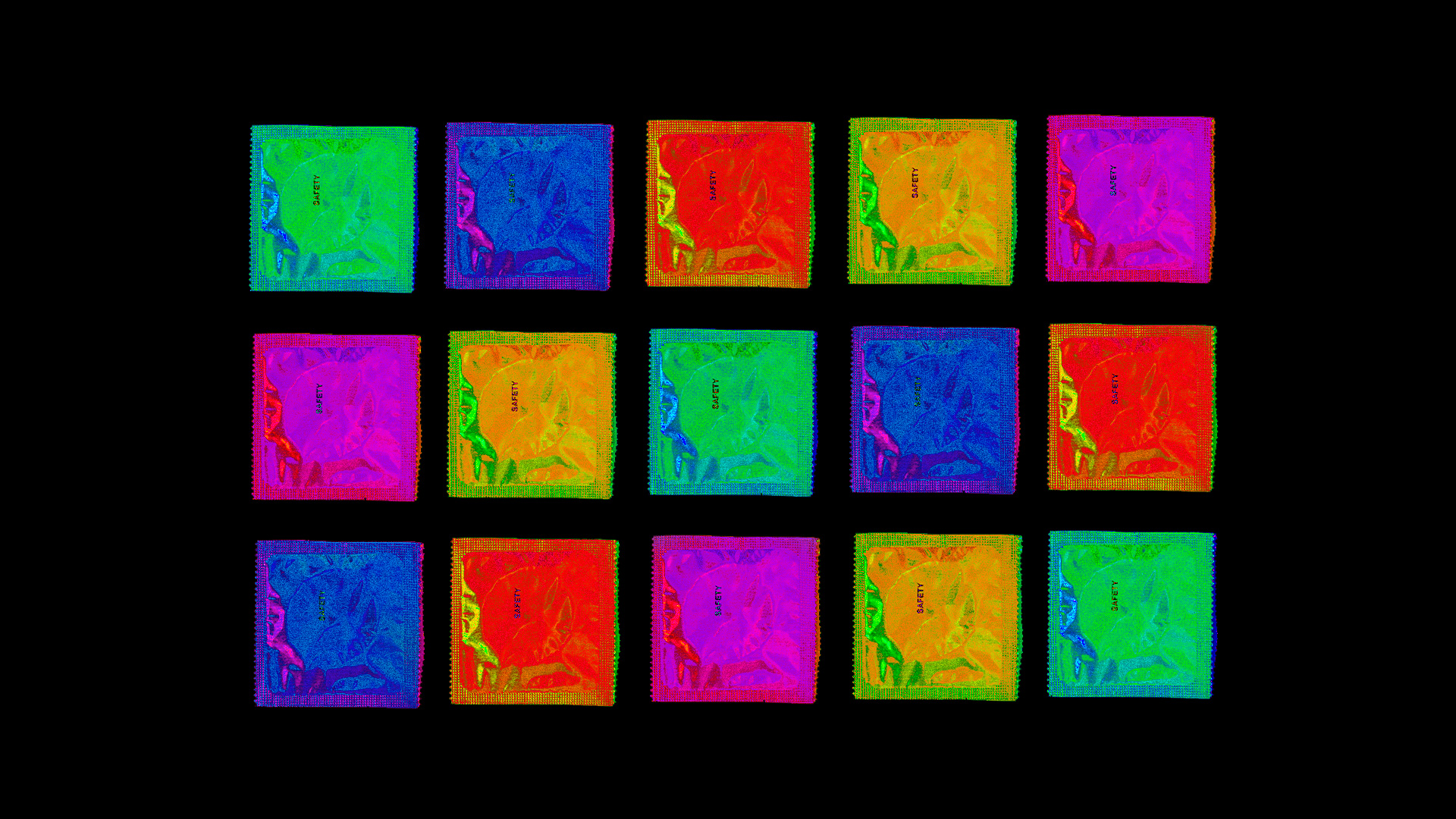 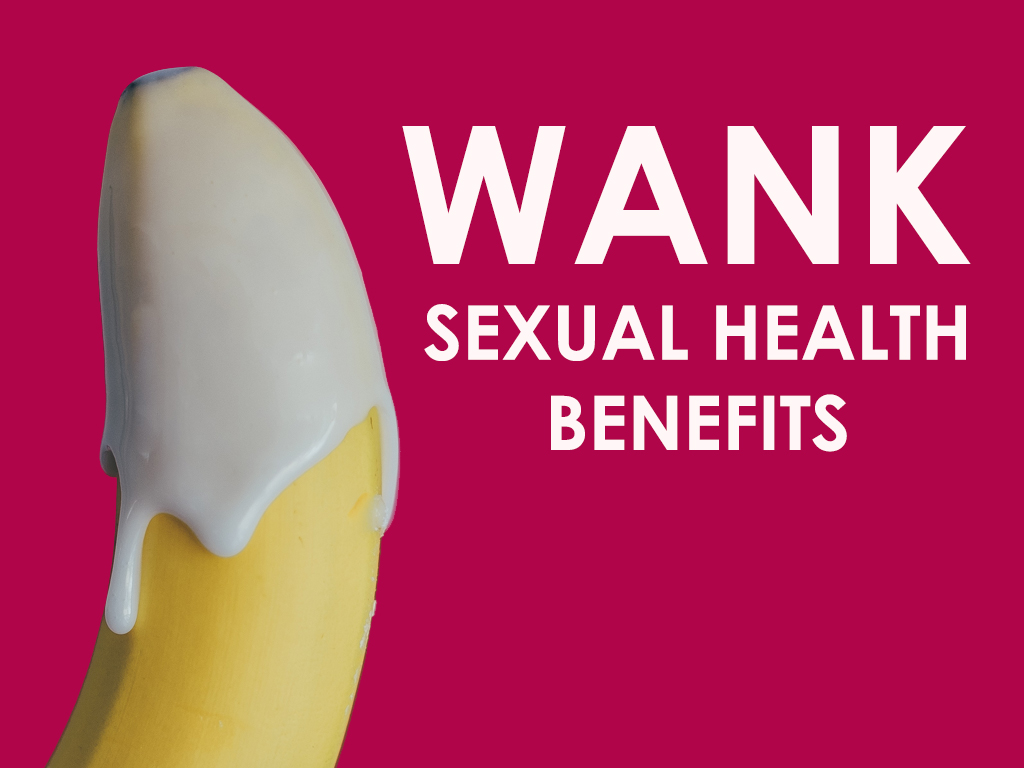 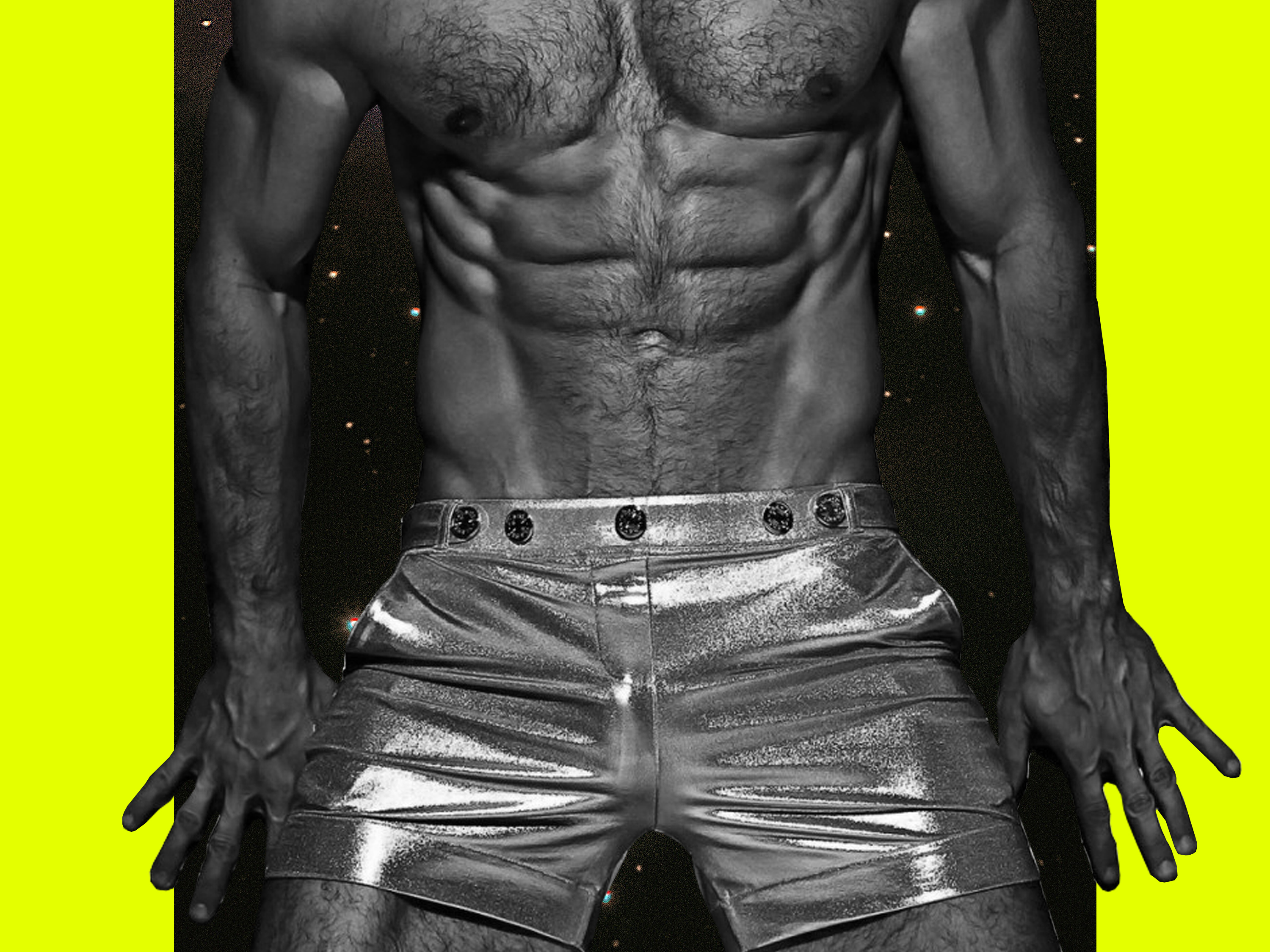 Know your ass for better sex

Know your ass for better sex