Challenges in Diagnosis and Treatment 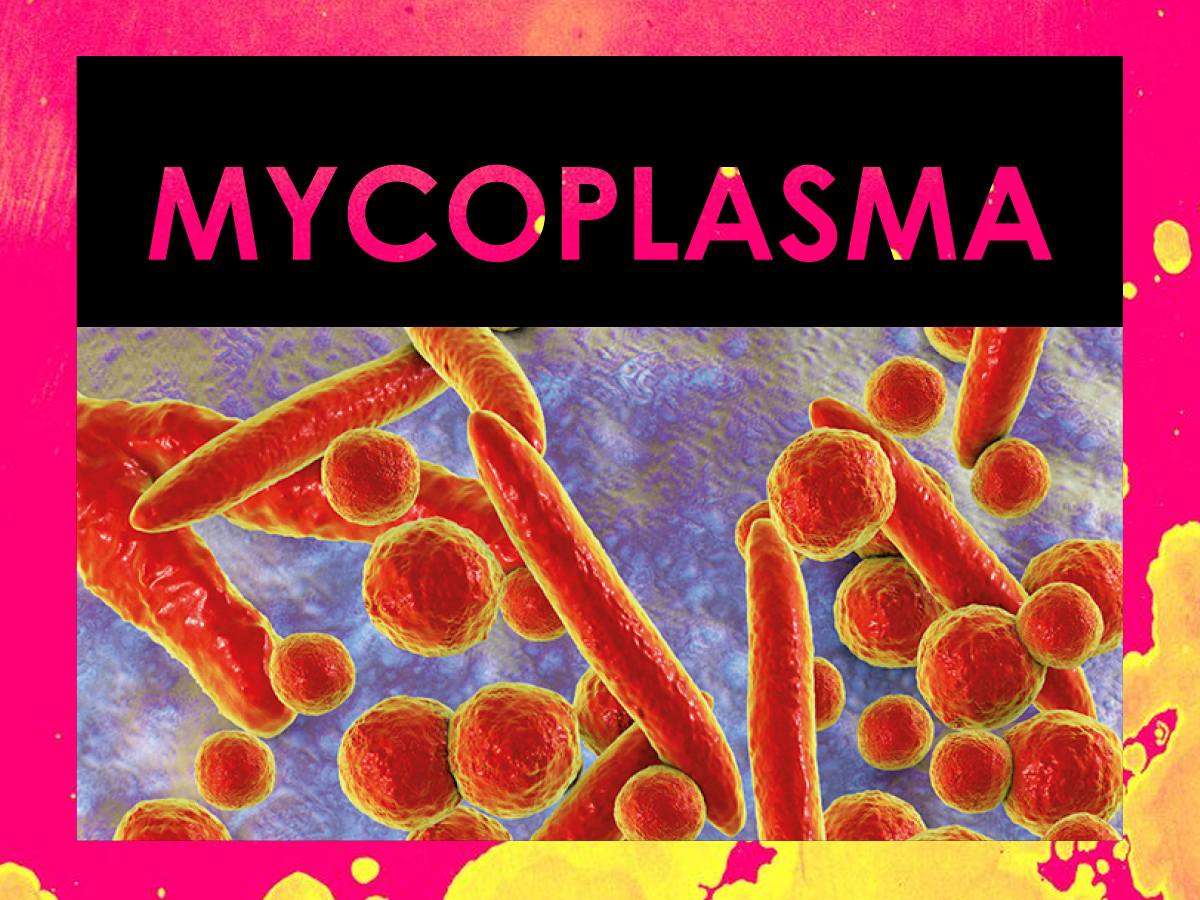 The Centers for Disease Control and Prevention (CDC) listed Mycoplasma genitalium bacterial infection as an “emerging issue” in its Sexually Transmitted Diseases Treatment Guidelines in 2015.
M genitalium was only first identified in the 1980s and is increasingly recognized as an important cause of several sexually transmitted infections (STIs), such as urethritis in men and cervicitis in women.
In fact, M genitalium infection is responsible for more STIs than Neisseria gonorrhoeae and is the second-most prevalent STI next to Chlamydia trachomatis infection. Despite its widespread prevalence, however, M genitalium infection can be difficult to diagnose and treat.
Infectious Disease Advisor spoke with Oluwatosin Jaiyeoba Goje, MD, from the Ob/Gyn & Women's Health Institute of Cleveland Clinic in Ohio, and Amesh Adalja, MD, spokesman for the Infectious Diseases Society of America and Senior Associate with Johns Hopkins Center for Health Security in Baltimore, Maryland, about challenges in the diagnosis and management of M genitalium infection.

According to Dr Adalja, M genitalium infection should be considered in men with symptoms of urethritis — similar to the symptoms observed in chlamydia and gonorrhea. “M genitalium is the second most common cause of urethritis, and it has been definitively studied in men. You would especially want to test men who didn't get better after the first course of antibiotics, because M genitalium is frequently resistant to antibiotics that are commonly used to treat STIs,” Dr Adalja said.
Dr Goje also suggests testing for M genitalium in women with persistent symptoms of cervicitis, particularly in women who have not responded to empiric antibiotic therapy for chlamydia and gonorrhea and have tested negative for these pathogens.
Testing for M genitalium, however, can be cumbersome and time-consuming because M genitaliumis a slow-growing organism.3 “Isolating and culturing M genitalium is not feasible when there is a need to institute immediate antimicrobial therapy,” Dr Goje said.
“While there is no FDA-approved test for M genitalium, nucleic acid amplification test (NAAT) is the preferred technique,” Dr Goje said. NAAT uses polymerase chain reaction (PCR) and can be performed on multiple sample types, including urethral, vaginal, and cervical swabs; urine; and endometrial biopsies.
However, NAAT for diagnosing M genitalium uses assays that were developed for the research setting and, as a result, NAAT is only available in reference labs — usually at large university hospitals. “If you're in a small hospital, you have to know where you can get the testing done, and which hospitals are doing it in research settings,” Dr Adalja said. “It's not something that you would find readily available.”

Significant antimicrobial resistance presents a major challenge to the treatment of M genitaliuminfection. Because M genitalium lacks a cell wall, antibiotics targeting cell wall biosynthesis, such as beta lactams (eg, penicillins and cephalosporins), are ineffective against this organism, Dr Goje said.
According to Dr Adalja, patients with urethritis commonly receive an empiric course of doxycycline, which covers C trachomatis but is associated with high treatment failure rates for M genitaliuminfection. “Over half of patients with M genitalium who are treated with doxycycline may have a microbiological failure,” he said.
Dr Goje noted that patients who have not responded to an initial course of doxycycline often require a second round of antibiotic treatment, usually consisting of azithromycin for at least 5 days. However, up to 50% of patients with M genitalium infection exhibit resistance to azithromycin. In cases of azithromycin failure, moxifloxacin 400 mg daily for 7 to 14 days is the preferred antibiotic regimen. “Cure rates with moxifloxacin are 100% in initial reports, although more studies are needed,” Dr Goje said.
To prevent further development of antimicrobial resistance in M genitalium, clinicians need to avoid using inappropriate antibiotics—such as doxycycline — as initial treatment, Dr Adalja said. “I think that the key to optimizing treatment for M genitalium is to increase awareness among clinicians that this organism may be causing their patient's STI symptoms. Many clinicians who are not in the infectious diseases or STI world probably don't know much about M genitalium and its role in STI. As a result, they may inadvertently continue to prescribe the wrong antibiotic.”
Challenges in making the diagnosis of M genitalium infection in the first place pose one of the most important barriers to successful treatment, according to Dr Goje. “We can't effectively treat what we cannot diagnose,” she said. “Sometimes we have no choice but to empirically treat based on signs and symptoms and elimination of other known causes of urethritis and cervicitis.”

M. genitalium was first identified in the early 1980s (249) and has become recognized as a cause of male urethritis, responsible for approximately 15%–20% of nongonococcal urethritis (NGU) cases, 20%–25% of nonchlamydial NGU, and approximately 30% of persistent or recurrent urethritis (250). In most settings, it is more common than N. gonorrhoeae but less common than C. trachomatis. While M. genitalium is often the sole pathogen detected, coinfection with C. trachomatis is not uncommon in selected areas (251-253).
Although strong and consistent evidence has linked M. genitalium to urethritis in men, it remains unknown whether this infection can cause male infertility or other male anogenital tract disease syndromes. The organism has been detected in men with epididymitis in a limited number of cases, but this has not been extensively investigated. Similarly, M. genitalium has been found in the rectum, but detection is infrequently accompanied by rectal symptoms, and its presence does not appear to cause a syndrome of clinical proctitis.
The pathogenic role of M. genitalium is less definitive in women than it is in men. M. genitalium can be found in the vagina, cervix, and endometrium and, like chlamydial and gonococcal infections, M. genitalium infections in women are commonly asymptomatic. M. genitalium can be detected in 10%–30% of women with clinical cervicitis, and most (253-259) studies have found that this organism is more common among women with cervicitis than those without this syndrome (251,260,261).
M. genitalium is found in the cervix and/or endometrium of women with PID more often than in women without PID (262-271), and endosalpingitis develops in nonhuman primates after inoculation with M. genitalium, suggesting that this organism can cause PID. M. genitalium has been detected in 2%–22% of PID cases (median: 10%) depending on the setting, but the frequency with which M. genitalium-infected women experience PID has been under studied. Although one study in Sweden reported a substantial increase in risk for postabortal PID among women with M. genitalium (262), the proportion of M. genitalium-positive women who subsequently experienced PID in two other studies was relatively low (<5%) (272,273), and evidence from serologic studies assessing the association of PID with antibody to M. genitalium is inconsistent. Overall, evidence suggests that M. genitalium can cause PID, but that this occurs less frequently than it does with C. trachomatis (271, 273).
A few seroepidemologic studies have found that women with tubal factor infertility are more likely to have antibodies to M. genitalium than fertile women, suggesting that this organism might cause female infertility. However, more research is needed. On the basis of certain reports, M. genitalium was uncommonly identified in women who experience adverse pregnancy outcomes, but was associated with increased risk for preterm delivery in one U.S. and another Peruvian study (274,275). Data are scarce regarding M. genitalium and ectopic pregnancy.

M. genitalium is a slow-growing organism. Culture can take up to 6 months, and only a few laboratories in the world are able to recover clinical isolates. Therefore, NAAT is the preferred method for M. genitalium detection. In research settings, M. genitalium is diagnosed by NAAT testing of urine, urethral, vaginal, and cervical swabs and through endometrial biopsies, typically using in-house PCR or assays intended for research use only. NAAT tests (polymerase chain reaction or transcription mediated amplification) for M. genitalium are available in some large medical centers and commercial laboratories, but there is no diagnostic test for M. genitalium that is cleared by the FDA for use in the United States. In the absence of validated tests, M. genitalium should be suspected in cases of persistent or recurrent urethritis and may be considered in persistent or recurrent cases of cervicitis and PID.

M. genitalium lacks a cell wall, and thus antibiotics targeting cell-wall biosynthesis (e.g., beta-lactams including penicillins and cephalosporins) are ineffective against this organism. Given the diagnostic challenges, treatment of most M. genitalium infections will occur in the context of syndromic management for urethritis, cervicitis, and PID.

The 7-day doxycycline regimen recommended for treatment of urethritis is largely ineffective against M. genitalium with a median cure rate of approximately 31% (276-278). The 1-g single dose of azithromycin was significantly more effective against M. genitalium than doxycycline in two randomized urethritis treatment trials (276,277) and is preferred over doxycycline. However, resistance to azithromycin appears to be rapidly emerging. The median cure rate for both men and women is approximately 85%, but was only 40% in the most recent trial (278). Persons with treatment failures after the 1-g azithromycin regimen frequently have macrolide-resistant strains, suggesting that single-dose azithromycin therapy might select for resistance. A longer course of azithromycin (an initial 500-mg dose followed by 250 mg daily for 4 days) might be marginally superior to the single dose regimen (279-281). However, in some settings, approximately 50% of all M. genitalium infections are caused by organisms that are already resistant to azithromycin (282), and persons who do not respond to the 1-g azithromycin regimen generally do not benefit from retreatment with the extended dose regimen.
Moxifloxacin (400 mg daily x 7, 10 or 14 days) has been successfully used to treat M. genitalium in men and women with previous treatment failures, with cure rates of 100% in initial reports (280, 283). However, moxifloxacin has been used in only a few cases, and the drug has not been tested in clinical trials. Although generally considered effective, studies in Japan, Australia, and the United States have reported moxifloxacin treatment failures after the 7 day regimen (284-287).

In settings where validated M. genitalium testing is available, persons with persistent urethritis, cervicitis, or PID accompanied by persistent detection of M. genitalium might be treated with moxifloxacin. However, routine tests-of-cure in asymptomatic persons are not recommended.

Sex partners should be managed according to guidelines for patients with nongonococcal urethritis (NGU), cervicitis, and PID. In settings with access to validated M. genitalium tests, partner testing and treatment of identified infections might be considered.

Add us on Line and stay in touch.